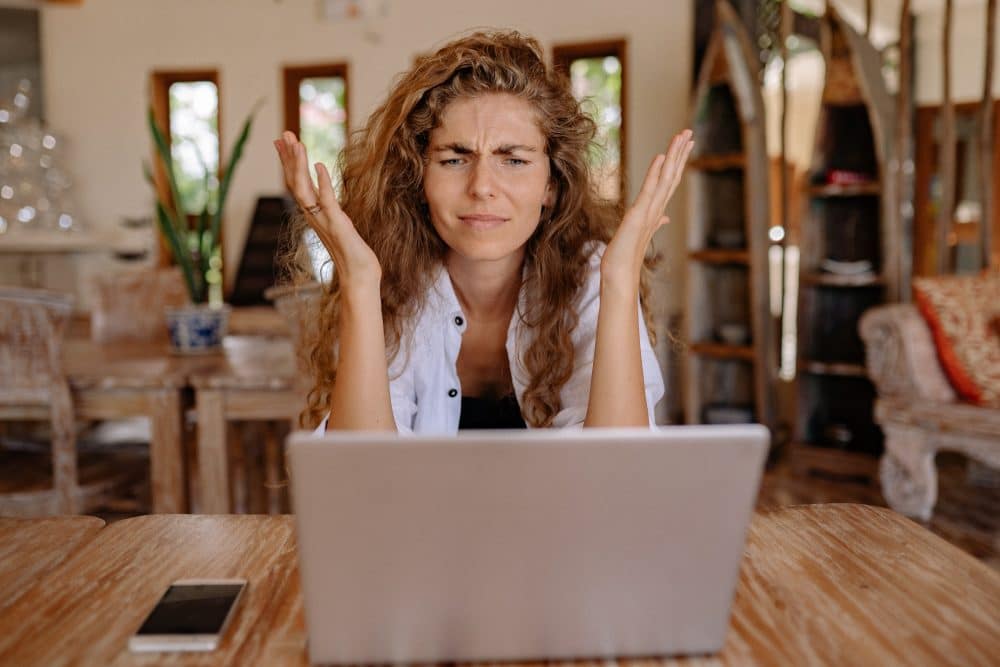 As a part of our series on non-monogamy, this article aims to clear up any taboo or confusion about the nature of non-monogamous relationships. Thus, we will discuss the top 6 myths around consensual non-monogamy, including:

Myth #1: Ethical non-monogamy is an excuse for cheating

One of the most common misconceptions about ethical non-monogamy (ENM) is that it involves cheating. However, a non-monogamous relationship is literally defined by consent. In contrast, cheating or infidelity mean the lack thereof – the partners have not agreed to be sexually or romantically involved with other people. It’s important to clarify the difference between cheating and consensually involving other people in the relationship. Not only is infidelity or adultery considered to be a moral wrongdoing, but in some countries – and over half of the United States – it is, in fact, illegal [3].

Of course, cheating is not exclusive to either form of relationship – monogamous, or non-monogamous. Actually, in ENM, dishonesty is the basic premise of infidelity. If a partner lies or withholds information about someone they’re romantically involved with, this is considered cheating [4].

So, to have a successful ENM relationship you need to practice consistent honesty and open communication regarding when you feel attracted to or develop romantic feelings for others.

Ultimately, the definition of fidelity is to retain loyalty towards someone else, including their personal standards and boundaries. Thus, as a concept, fidelity is not unique to monogamous couplings; it should be defined and respected by all individuals within a relationship – regardless of how many that might be [5].

Another misunderstanding around ethical non-monogamy is that it cannot lead to happy, healthy, and fulfilling relationships. The genesis of this belief lies in the notion that ENM relationships stem from an unhappy or dissatisfactory primary relationship – thus, the couple only included others in their relationship to fulfill an unmet emotional or physical need.

However, research indicates that polyamorous relationships typically originate from happy, secure primary relationships whose members already demonstrated long-term commitment. Thus, it is clear that non-monogamous relationships are not formed from unhealthy foundations and the need for extra attention [6].

In fact, ethical non-monogamous relationships rely on open and honest communication. Each partner typically discusses their needs with all involved parties, as each one likely has different expectations and boundaries that they need in order to feel content and comfortable within the relationship.

Furthermore, this focus on communication allows each member of the relationship to reach an agreement on what to expect from all involved, as well as act accordingly [4].

Myth #3: Non-monogamy is an excuse to never fully commit

It just sounds too good to be true, right? Because there are both primary and secondary members to the relationship, you get to have all the intimacy you choose from a spouse, while still reaping the benefits of dating. Or, alternatively, you can commit to whatever level of closeness you desire in open relationships. Isn’t it kind of like having your cake and eating it too?

Well, actually – no. In some ways, it’s quite the opposite; the tension between committing to a long-term relationship and also enjoying short-term, casual relationships is a known struggle for ENM relationships [4].

Just because someone does not conform to a monogamous structure does not mean that they do not ever fully commit to someone. In ENM, there is always commitment, at least to some degree, with everyone you get involved with.

Although there may be a commitment struggle in non-monogamous relationships, it may not be too dissimilar to the issues that often exist in monogamous ones.

Many view the concept of ethical non-monogamy as daunting and complicated because they typically involve a “web” of partners – such as is the case with a primary/secondary structure. In such a structure, there is typically one primary couple that has either shared or individual secondary relationships. For example, a married couple might have their own separate partners, or friends with benefits, etc.

Although this form of relationship may seem complicated from the outside, for those involved it functions just like any other.

Remember, each individual likely discussed their expectations and parameters for how the relationship should work. So at the very start, each partner understands that their time will be shared amongst other partners. In some ways, it’s akin to a group of friends: sometimes you all hang out together, but on occasions you may have one-on-one time with one specific friend, other times, maybe with two. In such friendship groups, there are usually no hard feelings or jealousy when someone spends personal time with another, because doing so wouldn’t entail betraying other friends.

Interestingly, attachment styles can influence how complicated an ethical non-monogamous relationship can be.

Secure attachers have a greater capacity for resilience and a lesser need for control. In contrast, insecure attachers typically have lower resilience and may find juggling time-management and attachment issues to be a challenge in ethical non-monogamous relationships [5]. Due to a lack of feeling in control during their early years, insecure attachers may become triggered by the dynamics of non-monogamy, and this may result in conflict with one or more partners, thus disrupting the harmony of the relationship [7].

In a way, ethical non-monogamy can actually force us to face our attachment traumas and insecurities headfirst [10].

For example, an anxious attacher may have to face their fear of rejection and abandonment when their partner goes on dates or pays a little more attention to someone else. Typically, their response might be to push for more time with their partner, become jealous, and attempt to remove other partners from the equation. A non-monogamous situation, however, provides the anxious attacher the opportunity to communicate their needs and fears to their partner and work through them together.

In many ways, a monogamous relationship may not be work well for insecure attachers as one partner might have to fulfill all of the individual’s often complex needs. This would mean that the insecure individual’s partner would have to adapt and mold themselves into many different roles [11]. In some cases, the partner is fully equipt to do so – so the relationship would feel content and fulfilling. However, it is sometimes the case that one person is not capable of adjusting themselves to meet all of an insecure attacher’s needs – making relationship satisfaction difficult to achieve.

Ethical non-monogamy provides the opportunity to have many different emotional and physical needs met by multiple people in different roles [12]. Thus, in some instances, a non-monogamous relationship may help an insecure attacher feel more secure than a monogamous one.

Divorce statistics don’t exactly paint the picture of “Happily Ever After” that we all envision about marriage. Of course, the high rates of divorce aren’t attributable to one specific cause. At the same time, most of us do believe that the perfect recipe for a successful marriage is the one-on-one union of monogamy. Yet, clearly, we’re aware that this recipe is flawed [13].

We’re not suggesting by any means that non-monogamy is faulty. But perhaps the perception that it is the ideal is inaccurate and outdated?

Yet, there has been an upsurge in celebrity endorsement of non-monogamy, such as that of Will Smith, Shirley MacLaine, and Scarlett Johanson – which may bring this split opinion to the forefront – but still demonstrates that non-monogamy has viability. What’s more, the rise in popularity of non-monogamy has resulted in books that focus on how to be in a secure and successful ethical non-monogamous relationship [14,15]. Essentially, what these forms of public support have in common is the perspective that ethical non-monogamy is a healthy, functional alternative to monogamy.

Ethical non-monogamy gets a bad rap because of internalized prejudice towards any form of relationship that goes against the grain of the societal “norm” [12]. But in reality, it’s just another form of expressing love and companionship – it fits some perfectly, and others not so much.

In this article, we hoped to clarify some of the misconceptions about non-monogamy. We demonstrated that ENM is not an excuse for cheating. It is also not an unhealthy relationship model (in relation to monogamy) as it involves open and honest communication. We’ve gone through how ENM actually requires effort and commitment from all partners involved. And we also discussed how – with the right effort and consistency – it can work out for those who invest in it.

Finally, we also touched upon how insecure attachment styles may struggle a little more with ENM relationships than secure attachers. However, this is also true for any kind of attachment relationship. Besides, we can work on and develop secure characteristics and skills over time.

With the rise of ethical non-monogamy and relationship structures alternative to that of the heteronormative and monogamous tradition, it’s an essential growth process to learn and understand how other types of relationship function.

Who knows, maybe you’ll discover that you fit in better in an ethical non-monogamous relationship than you ever have in a monogamous one? 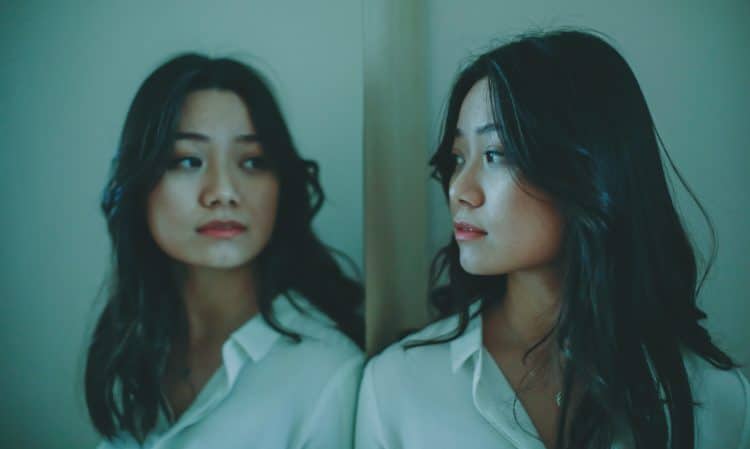 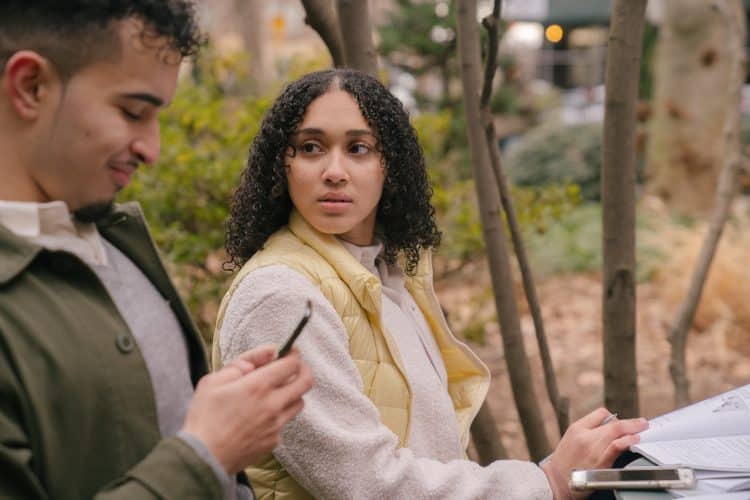 We explore how attachment styles are related to the experience and expression of jealousy in relationships. 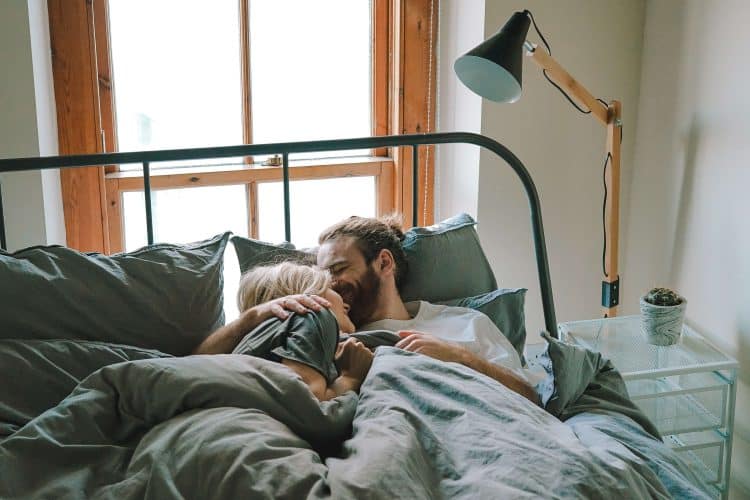