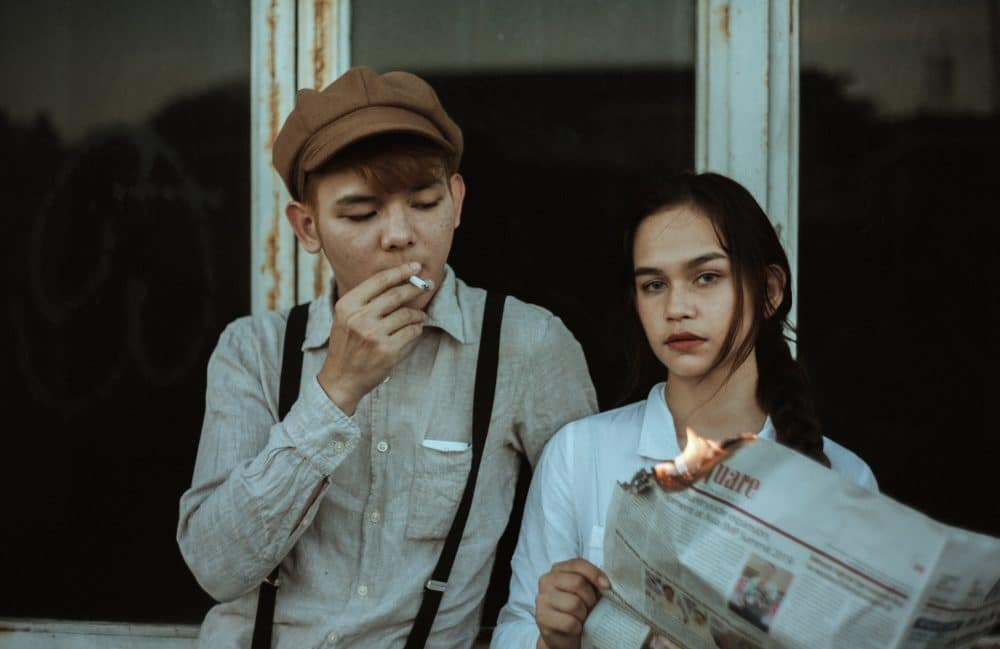 All you need to know about disorganized attachment

The most difficult type of insecure attachment is the disorganized attachment style. It is often seen in people who have been physically, verbally, or sexually abused in their childhood.

A disorganized / fearful-avoidant attachment style develops when the child’s caregivers – the only source of safety – become a source of fear.

In adulthood, people with this attachment style are extremely inconsistent in their behavior and have a hard time trusting others.

Such individuals could also suffer from other mental health issues, such as substance abuse, depression, or borderline personality disorder. This attachment style can be changed with proper treatment, although the process might be challenging.

We will cover the most common questions around disorganized attachment:

For starters, how does attachment form in early childhood? 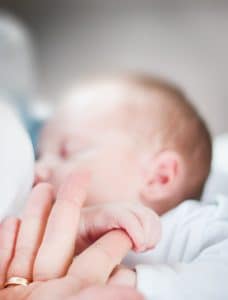 As soon as a baby is born, he or she starts bonding with his or her caregivers – usually parents. For the first few years, the baby is entirely dependent on them.

The caregivers, on the other hand, are responsible for the child’s primary physiological (food, shelter, etc.), as well as emotional (soothing, loving, caring, etc.) needs.

If they are sensitive towards and attuned to these needs, the child builds a secure attachment with the caregivers, whose presence equals safety.

The child learns indirectly, that he or she can rely on, and thus, trust other people. A secure and stable attachment is formed.

In some cases, however, the child perceives that his or her needs are not met and that the caregivers are not emotionally available or responsive when the child seeks their attention, affection, or support. As a result, the child is unable to form a secure bond.

The problem with insecure attachment during childhood is that it often cannot be left behind. It does not simply go away over time, with growing up.

Early attachment experiences do shape attachment styles. So the way we experience our first social bonds with caregivers will determine the way we view and behave in relationships in the future.

There are three types of insecure attachment:

How do insecure attachment styles develop in early childhood?

Insecure attachment styles typically develop as a response to misattuned parenting and as a form of adaptation. 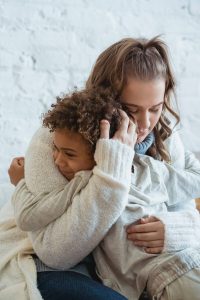 For example, if a child perceives the parents as unpredictable or neglecting, the child might become overly clingy and needy. In other words, the child lacks attention and starts working harder to get it.

Later on in life, this child (now a teenager or adult) continues to question whether they are good enough, lovable, or worthy.

Such individuals can develop a low self-esteem and need constant reassurance from their partners. This is known as an anxious attachment style, which is characterized by a strong fear of abandonment and rejection.

If the child perceives that their emotional needs are rejected by the parents, the child stops expecting any response from their parents. Thus, the child learns that they should not express emotions openly or seek support, because they are not going to receive such.

As time goes by, such children (now grown-up) become self-sufficient and independent. Other people will reject their emotions anyway, so why bother trying to express them? This is the ‘strategy’ behind the avoidant attachment style.

We see that there is a sort of continuity and coherence in each of the two attachment styles described above.

What makes the disorganized / fearful-avoidant attachment style different is that it implies a lack of coherence in the individual’s social behavior.

Most attachment specialists believe that the disorganized attachment style is the most difficult of the three insecure attachment styles to treat because it incorporates both the anxious and the avoidant styles.

What causes disorganized attachment in children? 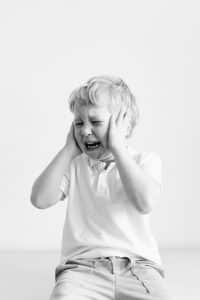 The disorganized attachment style is believed to be a consequence of childhood trauma or abuse. Perceived fear is the central aspect of its development.

If the caregivers show highly contrasting behavior, which is inconsistent and unpredictable, the child can start fearing his or her own safety.

The child does not know what to expect. Nor does the child know when the caregiver will meet their needs, if at all.

Another reason for fear is having or witnessing a traumatizing experience that involves the attachment figure.

Either way, the child no longer trusts the caregiver. The child realizes that they cannot rely on caregivers to meet their physical or emotional needs. The caregivers, who should be acting as a source of safety, are not only unreliable, but they are also causing fear.

Children with a disorganized attachment style are not able to truly adapt to the caregivers’ behavior, as they never know what comes next.

Such children lack coherence in their own behavior towards the caregivers: they might seek closeness, but at the same time, reject the caregivers’ proximity and distance themselves, due to fear.

Adults with a disorganized attachment style lack a coherent approach towards relationships. On the one hand, they want to belong. They want to love and be loved.

While on the other hand, they are afraid to let anyone in. They have a strong fear that the people who are closest to them will hurt them.

These adults expect and are waiting for the rejection, disappointment, and hurt to come. In their perception, it is inevitable.

They do not reject emotional intimacy; they are simply afraid of it. Adults with a disorganized attachment style continue to view the attachment figure (once, their caregiver, and now, their partner) as unpredictable. 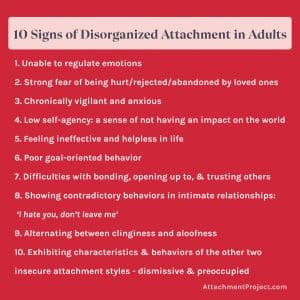 They have trouble believing that their partner will love and support them as they are. These adults expect and are waiting for the rejection, disappointment, and hurt to come. In their perception, it is inevitable.

This mindset can turn into a form of self-sabotage, causing the disorganized adult to end a relationship prematurely.

It might also be a type of self-fulfilling prophecy. So, the disorganized adult expects and predicts that they will be rejected by their partner. Even when there are no such signs, he or she starts behaving in a way that leads to fulfilling the expectations (the end of the relationship).

It is also a self-fulfilling prophecy when an individual with a disorganized attachment style chooses partners that induce fear. Thus confirming their perception that they can’t trust other people (emotionally or physically), no matter what.

Disorganized adults tend to have a negative view of both themselves and others.

They are at a higher risk of developing mental health issues, such as substance abuse, delinquent/aggressive behavior, and abuse on their own children.

Research also demonstrates a link between the disorganized attachment style in adults and borderline personality disorder.

Can you change a disorganized attachment style?

Living with a disorganized attachment style is certainly not easy. Imagine playing a game that you never really understood the rules of.

You want to play with others, but no one ever taught you how. When it’s your turn, you make your move, but you never know what to expect afterwards. You keep losing without knowing why.

Fortunately, there are ways to heal. And it is important to do so for yourself, for your loved ones, and eventually, for your children.

A disorganized attachment style can cause a lot of distress and confusion when it comes to social interactions and intimacy. It can harm your relationships and lead you to lose someone you really want in your life.

Being around or with someone with this attachment style is also challenging. The unpredictability, suspicion, and lack of trust from that individual can be hurtful and frightening.

A caregiver with a disorganized attachment style raising a child is one of the key predictors of a child’s emotional development.

So, if you, as a parent, have an unresolved trauma or loss, you are likely to raise a child with a disorganized attachment style.

How to heal a disorganized attachment style in adults?

One of the key issues in people with this attachment style is fear of someone they trust hurting them. The easiest solution? Do not trust anyone. This, however, is not a very productive or fruitful solution.

Simply avoiding proximity will not heal the trauma or the painful childhood experiences. In order to learn to build secure relationships, you need to learn to trust people first.

This sounds easy, but for adults with a disorganized attachment style, it can be quite challenging. For this reason, it might be best to start off easy and not push yourself.

One way to start healing is by working with a psychotherapist. A therapist is someone you can trust, as he or she will offer a non-judging, accepting, calm, and predictable space for you to open up.

You might be able to express and make sense of your experiences, emotions, and needs in a safe environment.

Another option you could consider is trying to heal on your own. That could be a promising approach, as it does not push your limits that much. It does not require trusting a stranger right away.

If you liked this post and want to learn more about attachment theory, then we recommend following The Attachment Project on Instagram. We regularly post content to help you make sense of attachment theory in various contexts. 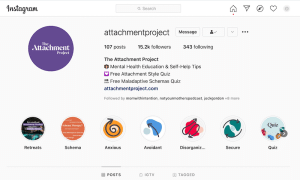 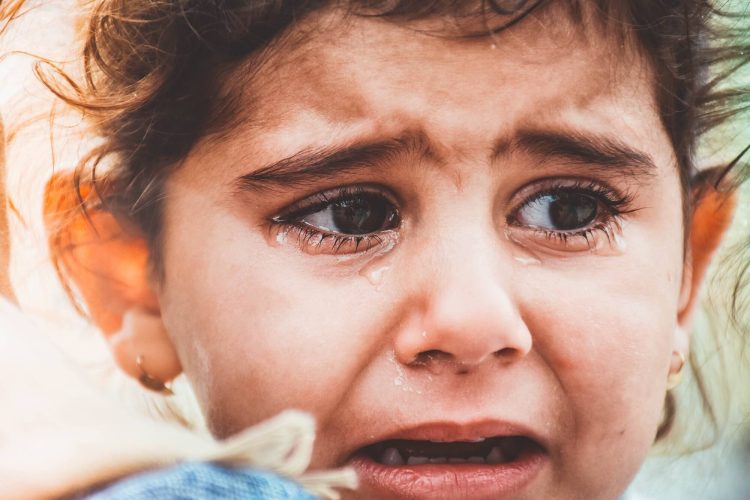 The fearful avoidant attachment is thought to be the most difficult. Sadly, this attachment style is often seen in children that have experienced trauma or abuse. 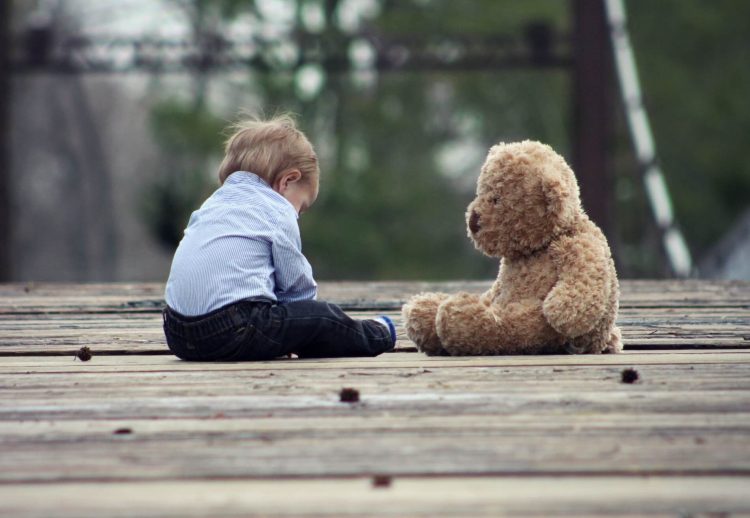 How Does Anxious Avoidant Attachment Develop in Children?

Anxious avoidant attachment typically develops in the first 18 months of life. During this formative period, a child’s caregiver may have been emotionally unavailable to them most of the time. 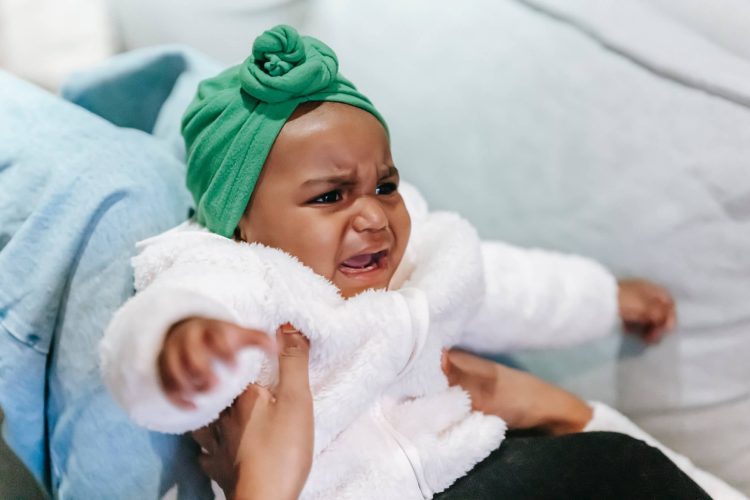 How Does Anxious Ambivalent Attachment Develop in Children?

Anxious ambivalent attachment typically develops in children whose caregiver may have acted nurturing and responsive one minute and unavailable or insensitive the next.