What Is Schema Therapy & How Does it Relate to Attachment? 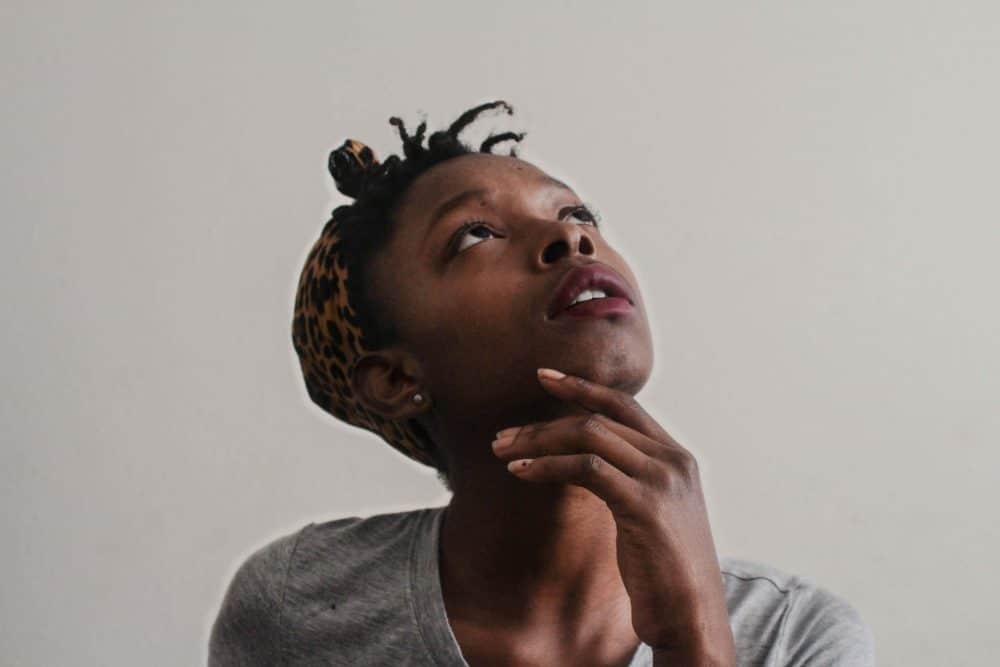 Dr. Jeffrey Young and the Birth of Schema Therapy

Jeffrey Young is a big name and an influential figure in the field of Psychology. He is most known for his work in Cognitive Behavioral Therapy (CBT) – as a student and colleague of Dr. Aaron Beck – and later on, Schema Therapy (ST).

In the 1980’s and 90’s, Jeffrey Young established Schema Therapy as an innovative expansion of the traditional concepts and treatment approach of CBT. Schema Therapy integrates elements from different schools of therapy, such as cognitive-behavioral, attachment, Gestalt, psychoanalytic therapy, and others.

Even though Schema Therapy utilizes many CBT approaches and techniques, it does so in a less structured way, and it relies more on emotive techniques. Compared to CBT, Schema Therapy places a greater emphasis on emotional needs, attachment, interpersonal relationships, and the development of psychological problems in early childhood and adolescence.

The Goal of Schema Therapy

It’s essential to note that Schema Therapy is not designed to manage acute (sudden and severe; the opposite of chronic) symptoms. Rather, its focus is on the treatment of chronic, pervasive, and long-standing dysfunctional behavioral patterns.

The duration of therapy can vary across patients: treatment can be short or long-term. According to Dr. Young, the typical treatment of a Borderline Personality Disorder (BPD) patient would take about three years.

Schema Therapy is believed to be suitable for treating:

How Does Schema Therapy Work?

Therapists who specialize in Schema Therapy are trained to look at the big picture and find patterns and themes across all the information patients share with them. They are very flexible in terms of adapting their approach and techniques to the particular patient and situation.

A schema therapist is capable of detecting a patient’s pervasive dysfunctional patterns, organizing those patterns, and presenting them in an extensive and structured manner. The patient can then see the ‘timeline’ of each dysfunctional pattern (how the pattern developed, how it evolved, and how it plays out in the present) and thus understand it better.

The secure and safe bond between the patient and the therapist, as well as their mutual collaboration, is a key to the success of treatment. Working together, the patient and their therapist fight against the pervasive psychological themes that drive the dysfunctional patterns. Through what Jeffrey Young calls Limited Reparenting, the therapist works to manage the root of each theme, the core emotional needs that were not met during their early childhood.

The Schema Therapy model has four main components, which are:

As they are growing up, children have core emotional needs

The idea behind this model is the following. As Dr. Young suggests, all children have core emotional needs as they are growing up. When these needs are repeatedly not (adequately) met, children would try to make sense of why this is happening and thus create certain beliefs about themselves (i.e. “My opinions, preferences, and needs are not important to others.”) and about relationships (i.e. “Others will inevitably leave me/hurt me/take advantage of me.”) These beliefs are called early maladaptive schemas (EMS).

To deal with the intense negative emotions that go along with such beliefs, children develop maladaptive coping responses and styles.

There are two main issues, associated with maladaptive coping responses:

→ Maladaptive coping responses can help a child deal with EMS, but they don’t heal EMS.

→ People tend to continue relying on their maladaptive coping styles later in life, when these are not no longer needed for survival.

Schema modes are the modes we operate out of when particular groupings of maladaptive schemas and coping responses become activated. They create the pervasive and dysfunctional patterns that we keep exhibiting throughout our lives.

Everything You Need to Know About Early Maladaptive Schemas

Schemas (in general) incorporate our beliefs about ourselves, the world around us, and the world of others. These beliefs operate in the background of our awareness, yet they have great influence over our sense of self, our expectations about life, and the quality of our relationships.

You can think of schemas as frameworks, or structures, through the lens of which we organize and make sense of our life experiences. Schemas are not always negative, or maladaptive. Still, Young places the focus of his model on EMS. From here on, we are going to use the schema and EMS interchangeably.

Let’s start with the original definition from the book “Schema Therapy: A Practitioner’s Guide.”  According to Young, Klosko, and Weishaar (2003),

“An Early Maladaptive Schema (EMS) is:

It’s important to note that, according to Young, schemas do not include specific behaviors. Behaviors are thought of as a response to and not as a part of schemas.

How Do We Develop Specific Early Maladaptive Schemas?

It might seem like maladaptive beliefs are created through traumatic experiences. Indeed, this is often the case. Still, it’s not always true. Schemas are believed to form when one (or more) of our core human needs are not met. Young differentiates five core emotional needs (Young, Klosko, Weishaar, 2003; p. 10).

What are our five core emotional needs?

As a child is growing up, they are largely dependent on their caregivers to meet these emotional needs. Toxic relationships with the caregivers can thus have a strong impact on the way children develop as individuals.

It’s important to note, however, that schemas form as a result of repeated toxic experiences in childhood or adolescence. If parents fail to meet their child’s needs in a certain situation, this is not an indicator that the child will develop a corresponding maladaptive schema.

Besides, the child’s temperament also plays an important role in his or her development. On the one hand, every child perceives and reacts to the environment in a unique way. On the other hand, the child’s personality traits could make him or her more susceptible to triggering specific behaviors (of others) in social contexts.

Why Do Schemas Stick Around for Life?

If we have developed a certain schema in early childhood or adolescence, it continues to operate in our mind later on in life. As Dr. Young says, “Schemas fight for survival” (Young, Klosko, & Weishaar, 2003; p.8). Even if we are not in the same environment that created these beliefs, we continue to use them as a reference point. But why?

Operating out of these beliefs feels natural and good, as this is what we know. Young explains this phenomenon with the construct of “cognitive consistency” – our need to keep our view of ourselves and the world around us consistent. In other words, not operating out of our schema would be unfamiliar, uncomfortable, and unnatural, even if it could spare us the troubles we experience in many areas of our lives. The human brain prefers to go with what it already knows. This could explain why people often recreate their childhood environment and relationships in adulthood.

Keep in mind, though, that schemas are dimensional: it’s not only about whether you have a certain schema or you don’t. Schemas can be weak or severe. The stronger and more severe the schema, the stronger the negative impact it has on your life.

The Four Connections Between Attachment and Early Maladaptive Schemas

1. Secure attachment is fundamental to the psychological health of the individual in both theories

Attachment theory is significant to the development of Schema Therapy (ST). The first and most obvious connection between attachment and early maladaptive schemas (EMS) is found in Young’s concept of core emotional needs.

As we saw earlier, the first core emotional need in the schema therapy model is secure attachment. Even though ST includes additional aspects of healthy human development, secure attachment is fundamental to the psychological health of the individual in both theories.

2. A secure attachment between a child and caregiver is not only about protection and connection

Furthermore, the secure connection between a child and their mother (caregiver) is not only about protection and connection. In John Bowlby’s theory, secure attachment also serves as a base for exploration and independence.

In other words, children need to view the mother as a secure base in order to feel the freedom to explore the world and become self-reliant. Similarly, in the schema therapy model, Young includes autonomy, self-control, spontaneity, and play as core emotional needs of the child.

Another similarity between the two theories has to do with the child’s internal working model. In attachment theory, this model is based on the interaction between the infant and the caregiver. The caregiver acts in a way that either promotes or harms the child’s feelings of self-worth and competence.

Once the child has formed an internal working model, they use it to interpret the world around them and create strategies to react to the behaviors of others. Equivalently, in the schema therapy model, the child interprets the world through Early Maladaptive Schemas – beliefs about themselves, about the world, and about relationships – and utilizes coping responses and styles.

4. The attachment figure as a secure base for the child i s crucial to the Schema Therapy process

Last but not least, the concept of the attachment figure as a secure base for the child is crucial to the actual Schema Therapy process. During treatment, schema therapists adopt the role of a secure base for the patient (to a reasonable extent that doesn’t violate the terms of the therapeutic relationship).

This is extremely important for patients with Early Maladaptive Schemas from the Disconnection / Rejection domain (but not the social isolation schema), who typically haven’t had a strong, secure bond with their caregivers and thus lack a secure base.

What Are the 18 Early Maladaptive Schemas?

Dr. Young differentiates 18 schemas, which he groups into five main domains. If you’re interested in learning more about each (or some) of the 18 Early Maladaptive Schemas, check our full list of schemes.

***This blog post series is based on the work of Dr. Jeffrey Young (and his colleagues).*** 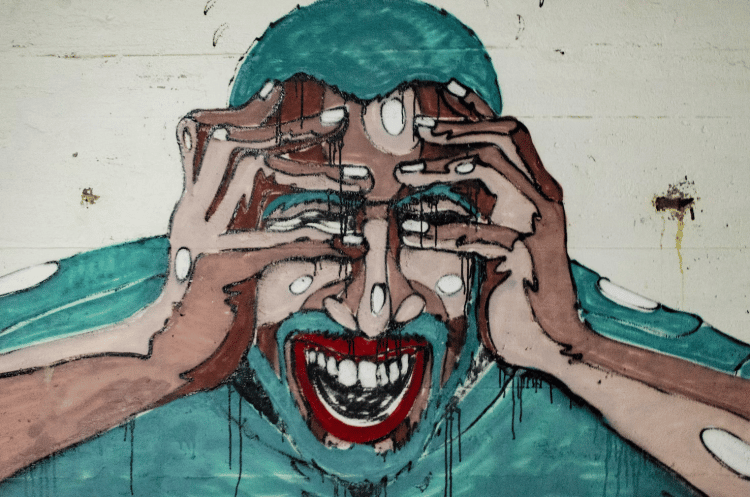 Stressful situations are unavoidable. But how we respond to it can be controlled. Learn about how your attachment style affects your stress responses! 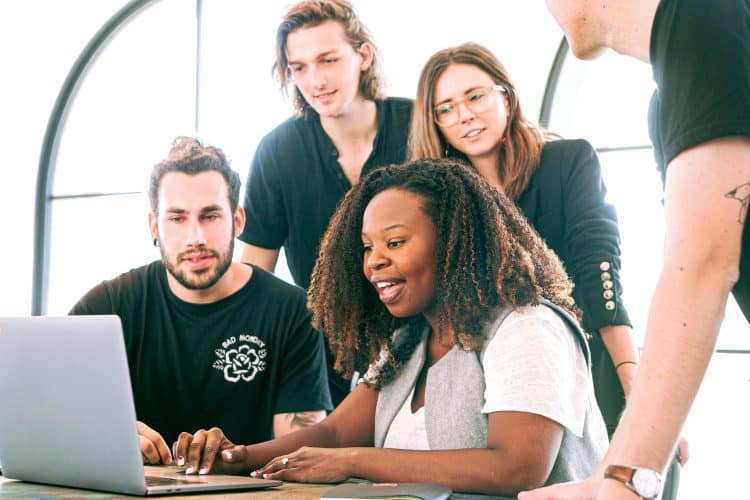 The Superpowers of Fearful Avoidant Attachment

In order to reinforce your strengths, you may first need help identifying them.

What is Insecure Attachment and How Does it Develop in Childhood?

Insecure attachment develops if a child feels that their needs are not met.